This past week I had the pleasure of meeting with Jillian Dawn, a singer/songwriter currently studying at University of Miami’s Frost School of Music. Over two EP’s and two singles, her 12 song collection has offered a mixture of emotions, ranging from smooth melancholy to contented and powerful realizations. Her instrumentation is also unique; she implements a range of guitar rhythms (acoustic to electric), bold piano, and ukulele throughout various tracks, but always maintains her polished and empowered voice to tie the tracks together. Combined with the honesty and intricacy of her lyrics, Jill harmoniously blends these musical aspects into impassioned tracks, creating accurate depictions of her emotions and proving her ability as a genuine musician.

Dawn has lots of music coming out this next year so we wanted to let our readers get to know her a little better. Here’s what we learned:

First off, tell me about yourself … Where are you from? What do you like to do other than music?

I’m from Mansfield, MA, which right next to Foxboro aka Pats Nation! It’s about 40 minutes south of Boston. Other than music, I enjoy going to the gym and relaxing when I have free time. 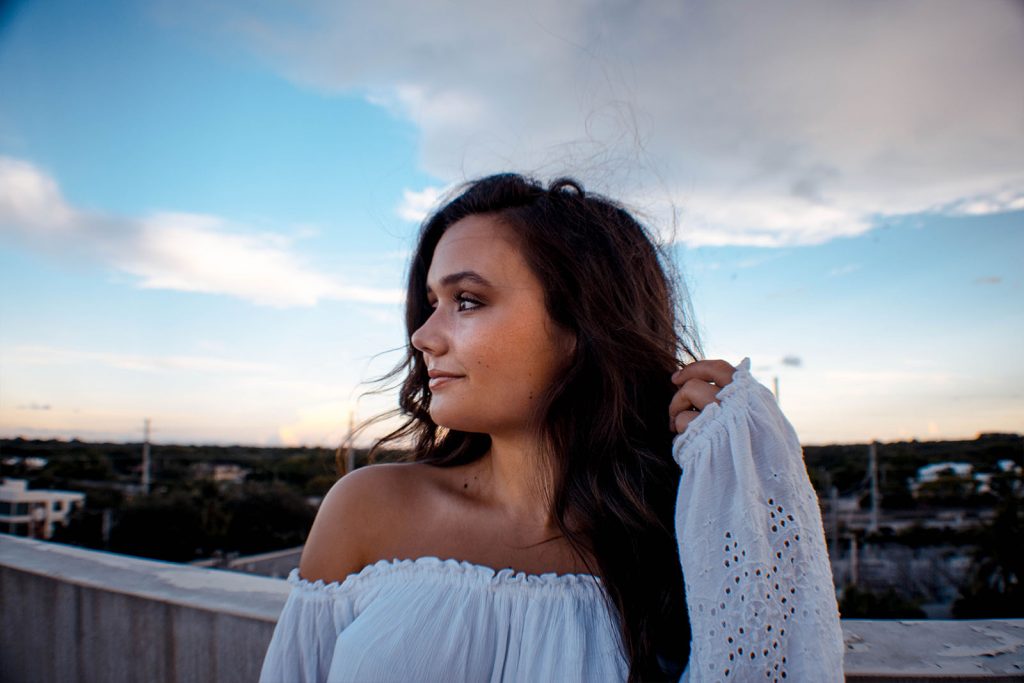 How did you get started in the music industry? How was your journey to where you are today?

I started singing when I was five and grew up doing musical theater and choir. When I was 12, I wrote my first song called “Take It Slow,” and ended up recording and releasing it a year later. Songwriting became an outlet for my creativity that I took advantage of; I ended up writing, recording, and releasing two EPs in between 2013-2017. Despite this, I rarely performed outside of school functions. When I got to UM, I started focusing on my performance skills and ended up spending the last two summers playing out every week/weekend. With that experience, in addition to the skills I’ve acquired from Frost, I’ve started to gain confidence in my performance abilities.

Did you have other career paths, or passions that maybe clashed with music?

To be honest, music has always been my passion. I thought about going for an English or business degree, but I couldn’t let go of music. That being said, I am pursuing a minor in Marketing. I’m finding it to be very helpful because as an indie artist, I am my own team; I need to be able to handle all aspects of my career and marketing it such a big portion of that.

What’s the most rewarding part of being a musician for you?

I love when people come up to me after a gig and tell me that they connected with one of my songs. Knowing that something I wrote reached another person and made them feel something is everything.

Who or what are your biggest musical influences?

Sara Bareilles hands down; she’s my IDOL. I’m a huge fan of Lori McKenna and, of course, Taylor Swift. I’d also say that my Frost peers are some of my biggest influences; I’m so lucky to be surrounded by amazing, hard-working musicians 24/7.

Pardon my French but

Who would be your dream to collaborate with?

As an artist, what are some of your major goals in the next five years?

I’m studying in London next semester, so I’d really like to play abroad and try to share my music outside of the US. I want to release a collection of music I’ve written since arriving at college. Graduating is also up there! Only a year and a half until that happens which is INSANE.

What can the DropSpot readers expect from you in the near future? Do you have any new music or live shows coming soon?

Guiding you to the future of music.
—————————
Interviews, album reviews, playlists, and more.